Under the flap is James Murray’s name and lodge. Kilwinning 0 is the most famous lodge in Scotland.

A Treasured Apron, A Remarkable Find

Occident Lodge No. 48 Free and Accepted Masons of Ilwaco gave a farewell sendoff to Craig Smith, Master of Longview 263, at a recent Wednesday lunch at the lodge.

Smith, originally from Middlesbrough in northern England, is moving to South Dakota for an exciting job opportunity and to be closer to his American family.

He joined the Masons in 2017. His uncle, Gordon Smith of Blackpool, a seaside tourist resort in northwest England, traveled to the USA to attend Craig’s raising.

And thus began one of the most remarkable stories about Occident 48 in recent years.

Treasurer Ron Robbins recounted at the lunch meeting how Occident 99 was formed in 1895, four years after the November 1891 shipwreck of the Strathblane off the coast of Long Beach. The captain, John Cuthell, went down with his ship. His first mate, James Murray, asked his rescuers if there were any Freemasons in the area who could perform a Masonic funeral. They did — and on realizing there were enough Masons in the area, petitioned Olympia for a charter. Murray’s rescuer was Occident’s fourth Master.

Murray returned to Scotland and became a member of Kilwinning 0, one of the oldest lodges in the world. On his return, he fulfilled the wishes of Cuthell’s widow and erected a marker stone on his grave in the Ilwaco Cemetery.

He also presented the lodge with its most prized possession, a maul-shaped gavel reportedly made from the timbers of a ship from the Spanish Armada, which broke up off the Scottish coast in 1588. This was used throughout a subsequent session of the Grand Lodge of Washington.

While there are differing accounts of what happened after his return, it appears Murray married the sister of one of his rescuers and lived out his life in South Bend, and spent some time in California.

The Smiths visited Ilwaco for a lunch just before Craig’s raising.

Robbins spoke about the remarkable turn of events which featured the look of amazement on Craig’s uncle Gordon’s face when he read the written description next to the gavel. He informed his hosts that had seen a vintage Masonic apron with the name James Murray in the Scottish colors (green) at a second-hand store in Astoria the day before.

Robbins, in his usual can-do style, raced to Astoria and after some negotiation purchased the apron for the lodge.

Recounting the story brought a lump to the throats of many people attending the lunch and Craig was happy to pose for photos with the apron. He has been an outstanding contributor to Masonry since joining, serving as Master at Longview and Secretary of Woodland 17, and unofficial Assistant Secretary at Castle Rock, where he also has been Steward.

A further letter of thanks — updating him on his nephew’s successes — was mailed afterward to Gordon Smith, Past Master of Emblem Lodge No. 6727 in Blackpool, who has since moved east across Britain to a new home in Boston, Lincolnshire.

Craig Smith with the apron and gavel 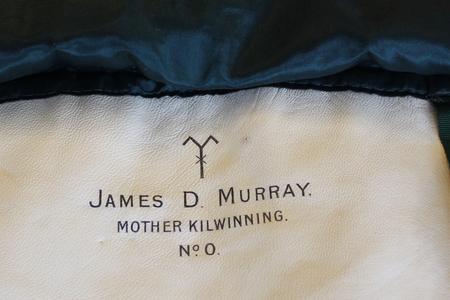 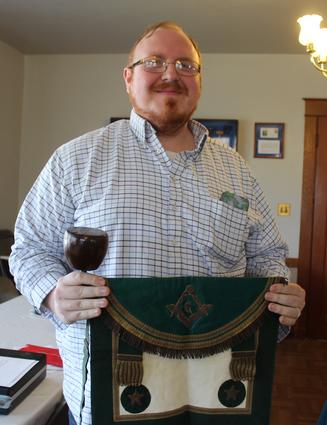 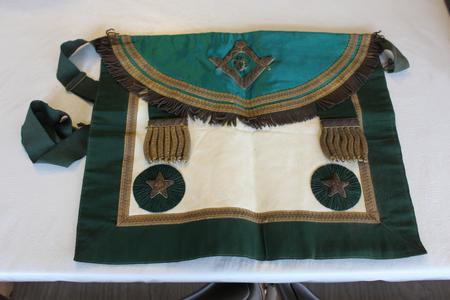 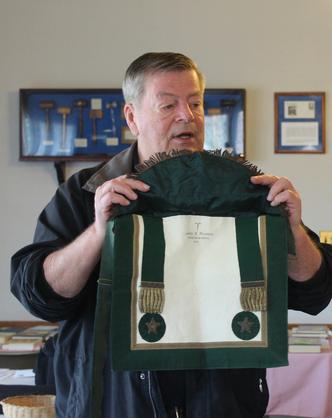